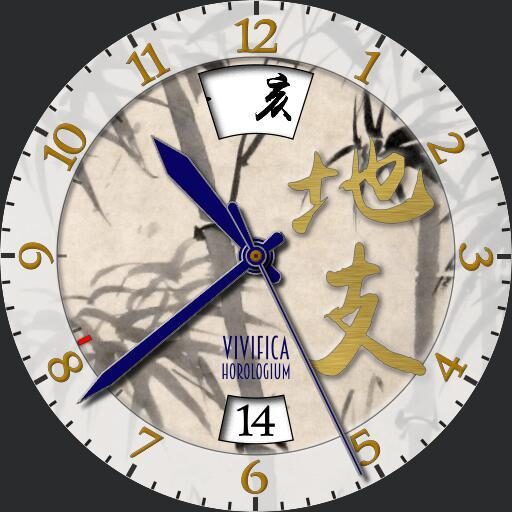 Dynamic shading for the watch hands was adapted from the shadow/shine templates on WatchAwear. Besides the dynamic shading on the hands, there is an accelerometer-driven shading effect on the brushed gold characters (which incidentally mean “Earthly Branch”). Background artwork was adapted from a CC0 work available on Pixabay. This work is Copyright Ⓒ 2016 by Henry So, Jr. and is licensed under Creative Commons Attribution-NonCommercial-ShareAlike 4.0 International License (CC BY-NC-SA). Note that is a non-commercial work, and must remain so, because of the font and the brushed gold texture, which are free for non-commercial use. Updated 14-April-2016: I didn't like how ‘3’ and ‘5’ was rendered using the font, so I used sprites for the date field instead.
Please register/login to download 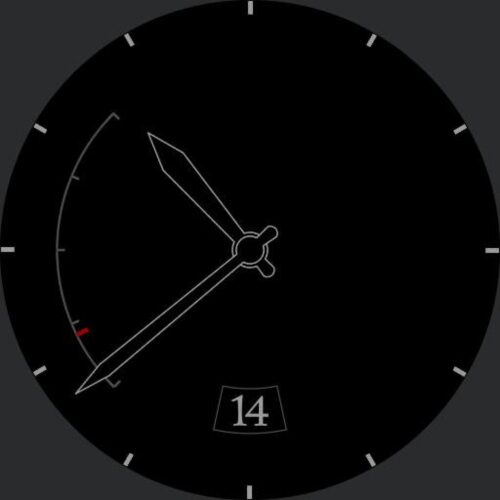