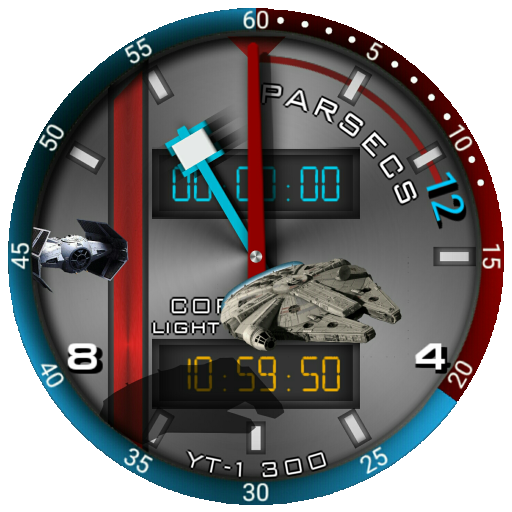 The Falcon Flies across the screen every few seconds followed by a Tie Fighter.

Stopwatch on top, left is stop/start, right to reset.

Press center to turn dim on or off.

"Han Solo: It's the ship that made the Kessel Run in less than twelve parsecs. I've outrun Imperial starships. Not the local bulk cruisers mind you, I'm talking about the big Corellian ships now. She's fast enough for you old man. What's the cargo?"

Now we all know that a Parsec is a unit of distance and not time, so that was a slight mistake in the movie… 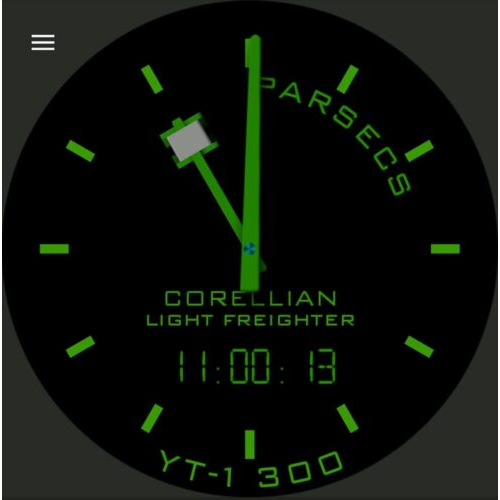