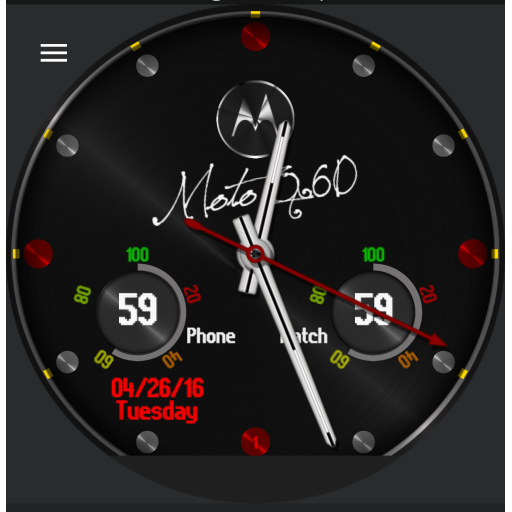 This watch built for the Moto 360 v1 is featured packed. It has 5 screen available at the tap of the screen. It features a Health, Weather, Agenda, and Stopwatch. Take it for a ride and let me know what you think.

Tap Center to switch through the screens

Taps on the Stopwatch labeled buttons function as listed

Various tap actions appear depending on the screen. 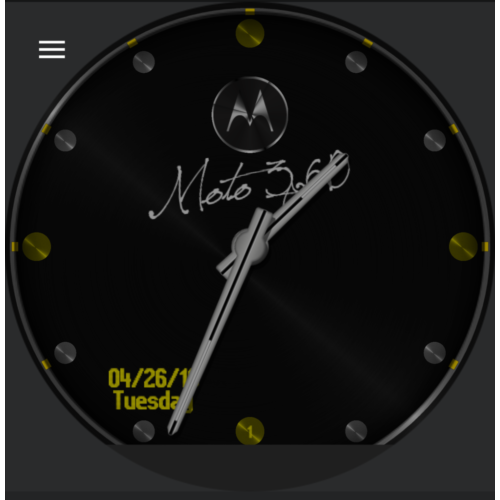 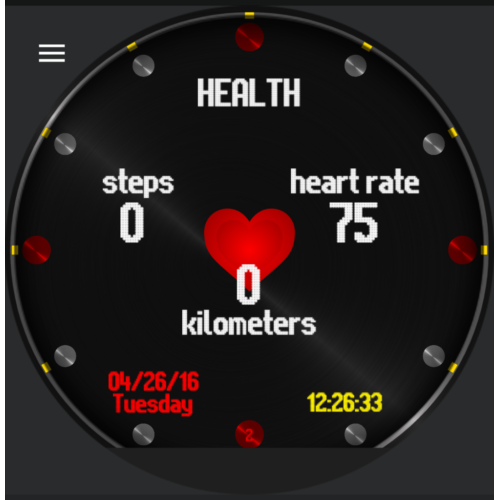 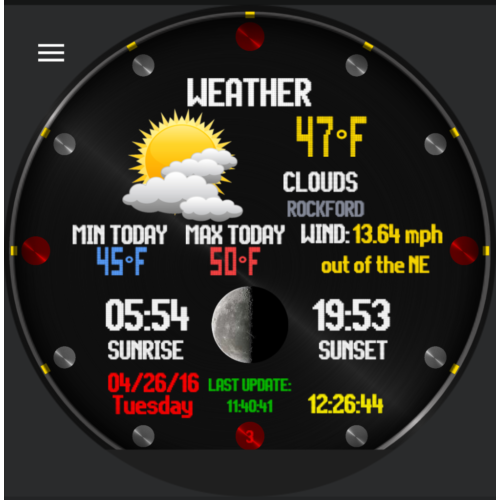 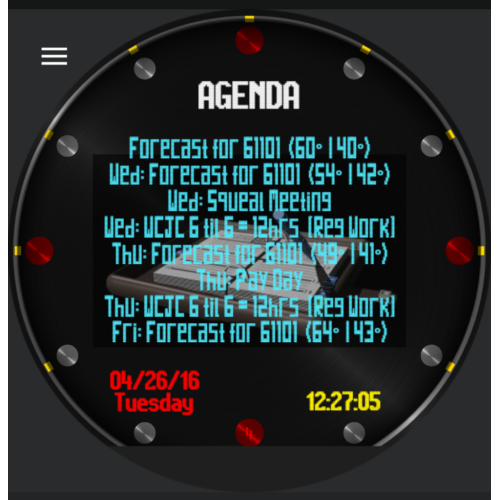 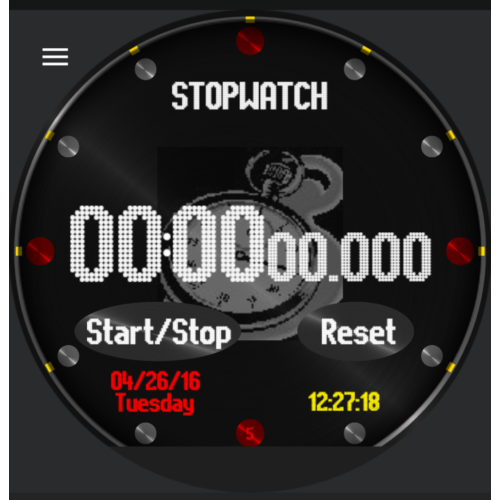