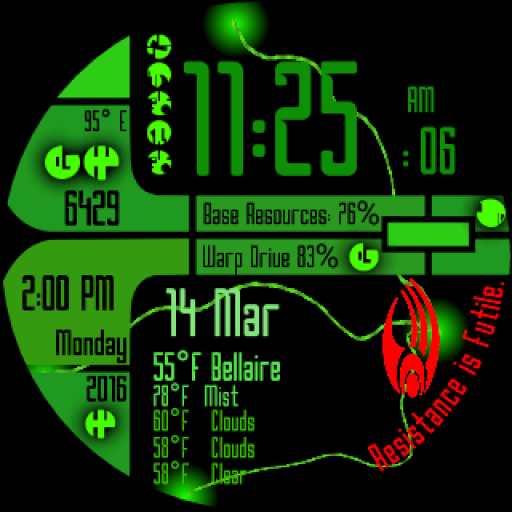 Resistance is Futile! This Star Trek style watchface features an attack from the Borg. By default the watch will start in "Attack in Progress" mode where every hour starts in "nominal" (normal Star Trek watch face). Then at Minute 26 the attack begins, the watch switches to "Red Alert" mode and signs of assimilation begin to show. New pieces will appear every minute until minute 35 at which point the watch becomes fully assimilated ("Drone Mode") until the top of the next hour at which point it all begins again. Tapping the time will switch between all 4 modes: Nominal, Red Alert, Drone, and Attack in Progress. 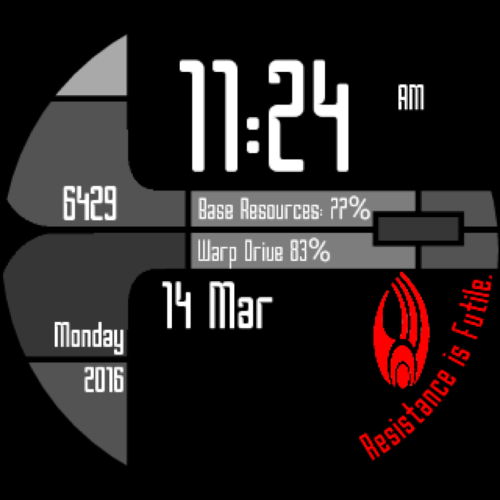 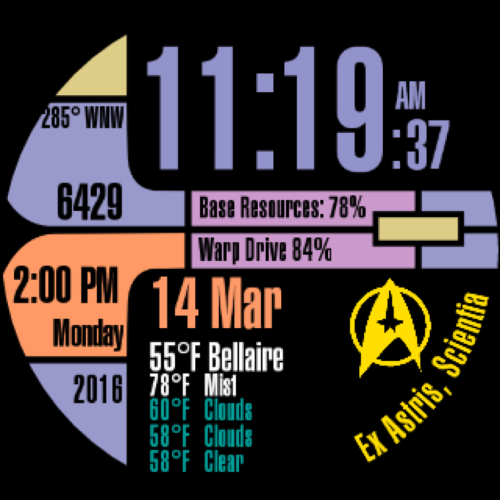 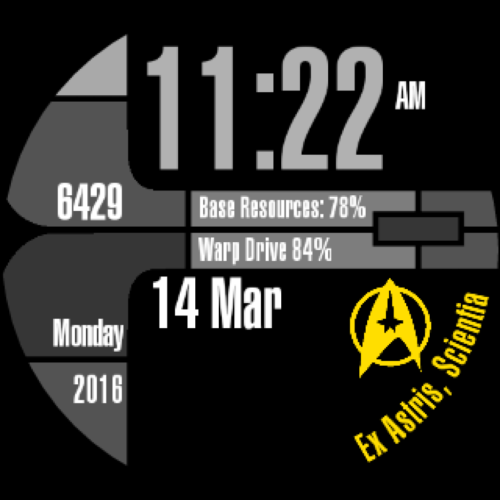 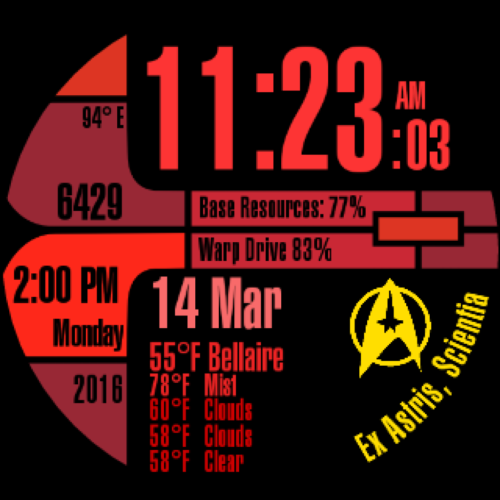