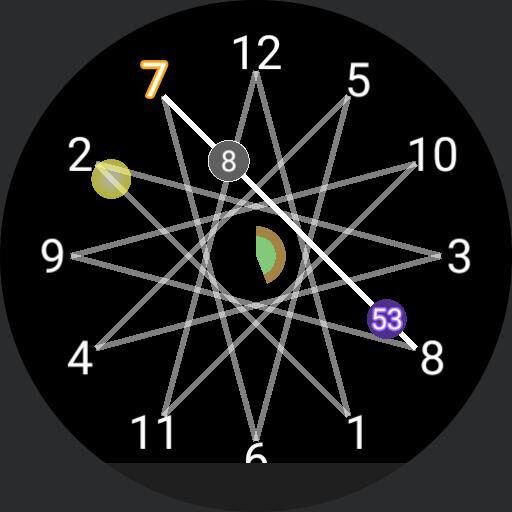 A new path in telling time: the numbers are arranged in a circle... but not in the usual order. Instead they form a 12-pointed star if you follow them sequentially. A dot with the minutes on it traces along the star as time ticks by. Month is shown by a highlighted numeral; another dot shows day of month. Phone and Watch batteries are shown with circles in the center. Smooth seconds, shown by another bubble travelling the star path.